IOM Appeals for USD 3.7 Million to Help Thousands of Families Displaced by Inter-Ethnic Conflict in Kyrgyzstan 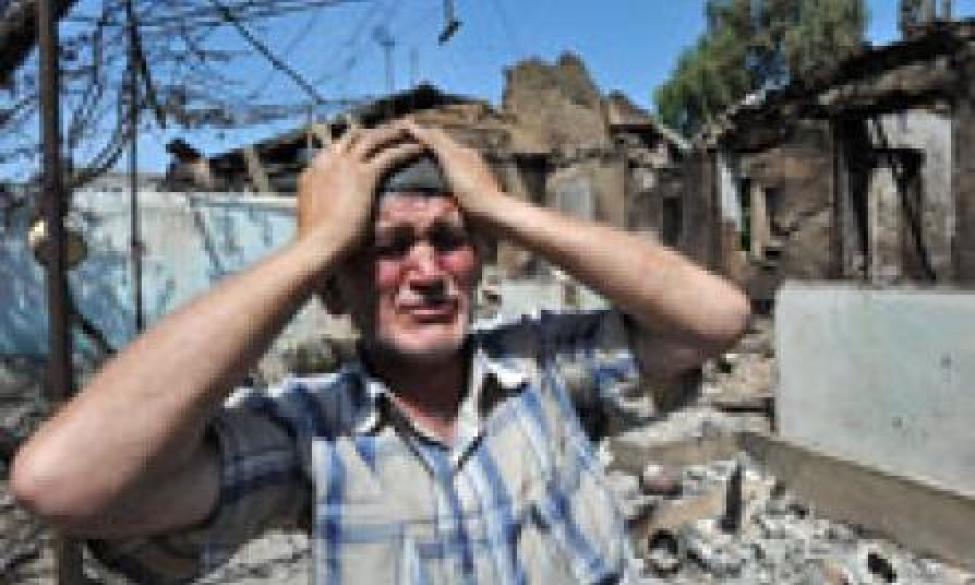 IOM is appealing for USD 3.7 million to help thousands of families affected by inter-ethnic conflict in southern Kyrgyzstan.

The appeal, which is part of a wider UN Flash Appeal for USD 71 million, includes USD 1.47 million for the delivery of essential non-food relief items, including emergency shelter materials to repair damaged homes; USD 420,000 for emergency logistics to move displaced people and deliver humanitarian aid for relief agencies; USD 805,000 to provide clean water and sanitation for displaced families; and USD 1 million for emergency psycho-social assistance to crisis-affected communities.

With as many as a million people displaced by the conflict, trapped in their homes or sheltering in host communities, there is a desperate need for food and non-food relief supplies in southern Kyrgyzstan.

IOM's deliveries of non-food relief items, in close cooperation with the government and partners,  will focus on 40,000 internally displaced people (IDPs) in makeshift camps on the Kyrgyz side of the Kyrgyz-Uzbek border and some 170,000 others seeking refuge in neighboring host communities.

The agency's emergency logistics programme will deploy and manage a truck fleet in Osh and Jalal-Abad to provide safe transportation for IDPs and to deliver life-saving aid on behalf of IOM and partner relief agencies.

IOM's psycho-social support programme, in cooperation with the Ministry of Health, WHO and NGO partners, will focus on conflict-affected communities in Osh, Jalal-Abad and Bishkek. It aims to reach an estimated 100,000 people, many of whom have been traumatized by the violence that erupted in the region on June 10th.

According to reports, as many as 2,000 people may have died in the past two weeks, with thousands of others injured. Some 375,000 are believed to have been displaced by the fighting. Of these, some 75,000 managed to flee into neighboring Uzbekistan, before the Uzbek government closed the border.

Subscribe to IOM newsletter to receive the latest news and stories about migration.